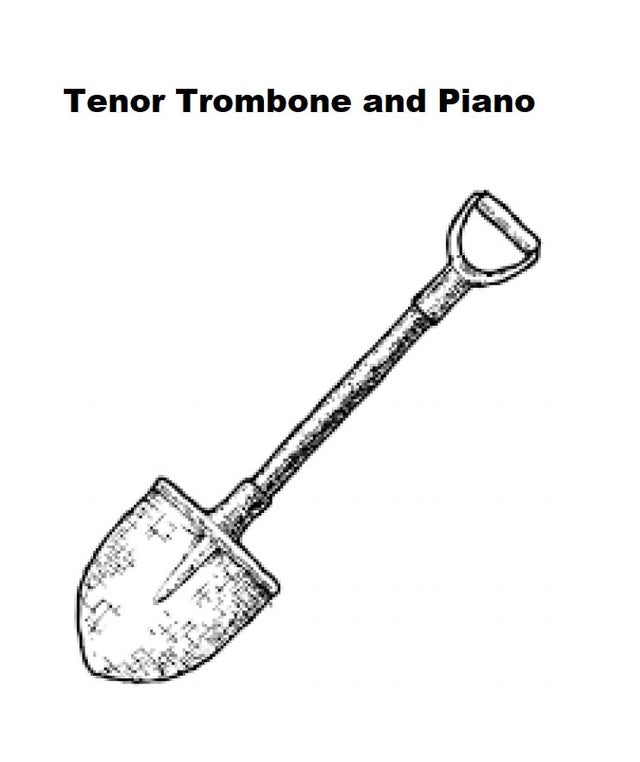 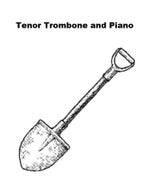 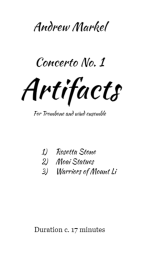 Concerto No. 1 - Artifacts was premiered by Peter Steiner and Constanze Hochwartner at the 2019 International Trombone Festival.

The concerto is written in three movements, each depicting a different ancient artifact:

The first movement, Rosetta Stone, explores traditional musical elements from Egypt, Turkey, and Greek, while having a contemporary and melodic flow. The fusion of different musical elements creates exciting grooves and beautiful harmonies characteristic of the Middle East and surrounding areas.

The second movement is told through the eyes of an old storyteller. The Moai Statues, or the Easter Island Heads, have been mysterious monuments for centuries, with little known about their ancient history or historical significance. The locals of Easter Island retell the story where the Moai Statues would walk across the islands to their final locations under the islands bright starry nights. This movement opens with a beautiful piano solo of shimmering stars, in which the solo trombone tells the story.

The final movement shows the ferocity of the Terracotta Army, located at the foot of Mount Li in Xian, China. The melodies in this movement are reckless and driven, much like an ancient army of thousands, with very challenging passages and interplay for both the trombonist and the pianist.

All movements work as stand alone pieces and can be played as such, but still have melodic and harmonic connectivity as well!