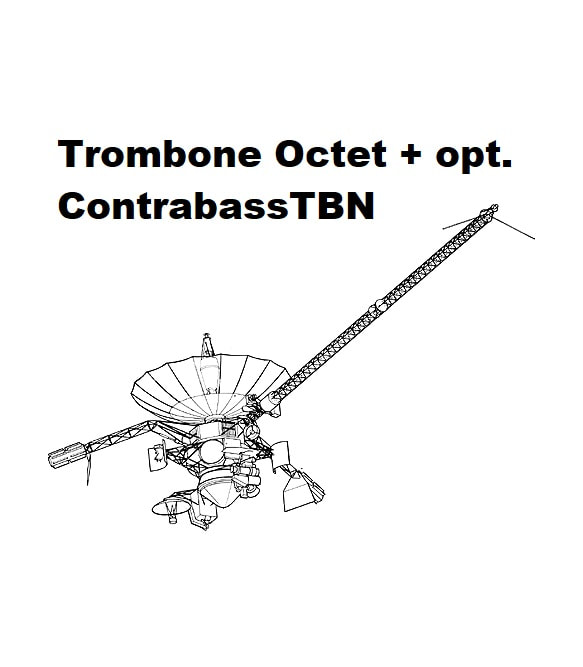 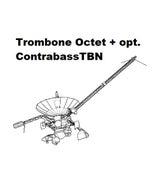 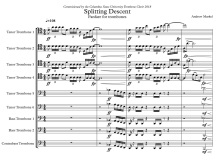 This trombone ensemble fanfare is scored for octet+bass/contrabass trombone. The piece is full of energy and rhythmic variation and inspired by the Galileo Spacecraft. Launched in 1989, the craft was headed towards Jupiter. It arrived in 1995 and reported findings about the planet, it's moon system, and contents in the atmosphere.It gave astronomers an up-close view of the planet and moons up until 2003. And that's where the fun begins! On September 23, 2003, astronomers sent the Galileo Spacecraft out of Jupiter's orbit and into the planet itself, rushing down towards Jupiter at a rate of 30 miles per second!

"Splitting Descent" brings the heat, pressure, speed, and energy from the Galileo Probe as it traveled for years to ultimately dive into Jupiter. The opening fanfare theme drives the rhythmic and melodic content of the rest of the piece. This theme gives way to a softer, weightless theme derived from the melodic content of the first measure of the fanfare.This second theme grows in weight and pressure as it is forced to give way to the first theme again, this time, descended a minor second. The Fanfare comes to a close with a final coda representing the Splitting Descent of the Galileo into the storms of Jupiter.